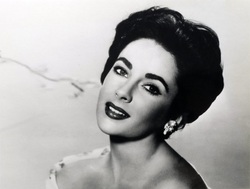 Not actually Kate Warren.
Kate Warren comes from a family of talented and zany people, and has always wanted to write. She credits her mother with teaching her all of her language skills, as well as other essentials of life such as how to tie shoes, eat spaghetti, and choose a good movie to rent, and her father with instilling in her an appreciation for humor, history, theater, homemade bread, and bad puns. From her earliest days Kate has been fond of books and music. She grew up singing (and arguing) with three of her sisters and released an album of her original songs in 2004 under a stage name.

Kate was homeschooled from third grade on, graduated from high school at the age of 14, and went on to a successful college career which was interrupted by life. She has been married (to the same man) for twenty-three years and has three sons (all of whom have autistic spectrum disorders) a daughter, and two extremely sweet and adorable dogs. Kate and her family make their home in a small town in Wisconsin. She is a member of the local branch of the Society for Creative Anachronism.

Kate is a versatile writer who has works in many types and styles of fiction including Historical, Contemporary, Jane Austen para-literature, humor, satire, flash fiction, poetry, unfinished stage plays and short stories.


Fun facts about Kate:
-her favorite color is blue.
-her favorite food is pizza.
-she enjoys a variety of music, books, and films.
-her favorite English author is Jane Austen, and Georgette Heyer is a close second.
-she is a devoted admirer of the A Song of Ice and Fire book series by George R. R. Martin.
-if she could only choose one place to visit in the whole world, Kate would go to Ireland. Runners up include England, Scotland, Wales, Greece, Vermont, and Colonial Williamsburg; though she would not turn down a trip to Hawaii.
-not so much fun as fact: Kate has fibromylgia, PCOS, migraines, and depression, and it turns out stress makes all of these worse! She has recently emerged (yet again) from self-imposed exile and may be seen in the wilds of the internet, though as an introvert she may be difficult to spot. As an INFJ, Kate is also considered rare and possibly endangered, so please do not shoot her.
-Kate is descended from Richard Warren who came to the "new world" on the Mayflower, which is why she chose the Warren surname for her nom de plume. According to the internet (and the internet is always right, right?) this makes her distantly related to Presidents Ulysses S. Grant and Franklin D. Roosevelt, and also to Taylor Swift--would love to get together and jam sometime, Cousin Taylor!

Kate is the debut author for independent publisher Collier Bluff Books.  See her Amazon page here, or look for her on Barnes & Noble. She is not the Kate Warren who lives in England, nor the Kate M. Warren who has written books about furniture.