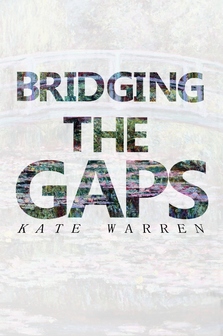 Contemporary fiction about a family going through divorce.  Funny, dramatic, and realistic.

Available as an eBook through Amazon, Barnes & Noble, and Smashwords.

The DeFord Chronicles, Part I 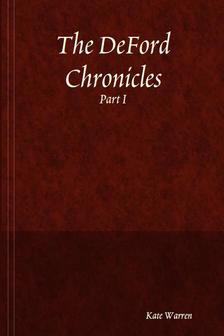 First in a (planned) trilogy of Historical Fiction/Medieval Soap Opera.  Tells the story of an infamous family in the fictional European country of Frandia facing the disruptions to their lives of the heir falling for a simple peasant girl, and a revolution that will forever change the kingdom.  Fast-paced, humorous, and dramatic. This was Kate's first novel.

The Bennets: a Pride & Prejudice prequel

A humorous take on what circumstances might have led Elizabeth Bennet's parents to misunderstand one another's temperaments so completely that they ended up getting married. Available through Lulu.com.

​(this story is also contained in Selected Works of Lady Indis Dress, Volume I)

A story of the dastardly plan that George Wickham could have had to ruin Mr. Darcy's happiness forever by running away with Lydia Bennet.  For those who have not read the book or seen a film version of Pride & Prejudice, apologies for the spoiler.  Available through Lulu.com.

(this story is also contained in Selected Works of Lady Indis Dress, Volume I)

This is ​a compilation of Jane Austen paraliterature pieces containing both The Bennets and Wickham's Treachery as well as offerings such as "Pride & Prejudice Personal Ads" and a modern version of the infamous proposal scene (Darcy's not Collins'). Available through Lulu.com.
The above works, with the exception of Bridging The Gaps, can be purchased in print or as downloads from Collier Bluff Books or as NOOK Books from Barnes & Noble.

Coming sooner than that: North Pole: Confidential  a madcap humorous tale about what really goes on at the North Pole, centered on the investigation of a missing elf report. Please note: this is not a children's book. While not "adult" fiction, some readers might experience discomfort in explaining Mrs. Claus' cougar tendencies to little ones.
Status: first draft completed.

Also playing: Against the Ashes (working title), a Viking-ish tale of love, family, snow, dogs, villains, and heroes. Ending up a lot funnier than I anticipated, but still plenty of drama.
Status: currently writing first draft, about 3/4 through the plot.


Other planned works:
-The DeFord Chronicles, Part III
-A DeFord Family Christmas (working title, a prequel to the trilogy)
-Zoe's Guide to the Apocalypse (a teenage take on the end of the world as we know it)
-possible sequel to Bridging the Gaps, per reader requests
-a serious work of historical fiction set in ancient Troy
-possible trilogy of sweet romance set in Regency England
-possible novel about ancestors who came to North America on the Mayflower (1620) and the Anne (1623).
-contemplating romance novel parodies and a time-travel comedy
-a begun but as yet unfinished (seeing a pattern here?) gothic novel satire